HA VU reviews ‘Mustang’, an Oscar-nominated film about the experiences of five orphaned teenage sisters growing up in a conservative Turkish village.

Vacillating between the extremes of intense happiness and utmost fear, Mustang tells a poignant story of sisterhood, imprisonment and hope. It sees the incredible bonds between orphaned sisters Sonay, Selma, Ece, Nur and Lale constantly challenged by the imposition of unwanted gender roles. With an oppressive uncle and conservative grandmother added to the equation, the sisters’  fresh innocence turns to bitterness and loathing.

Through the eyes of these strong-willed, vivacious young women, director Deniz Gamze Ergüven transports the film’s audience to the darker realities of Turkey. The plight of women in a deeply patriarchal society manifests itself through perfect rounds of flatbread and uniform rolls of dolma. Despite the bars and fences put up to restrict their freedom, rumblings of rebellion grow louder and louder, until the sisters’ spirits eventually break free. Mustang focuses as much on misery and despair as it does on bright optimism for a better future. Injected with moments of aching humour, the film is full of life even as it depicts lives in lockdown.

It is the summer time. School is out and students say teary goodbyes to their leaving teachers. We see five sisters run to the waves with school friends, soaking in the salt and the sand. Under the generous warmth of the sun, they play games; they fight, then play again. Nothing could seem to go wrong in this picturesque portrayal of childhood innocence, yet it does: “one moment we were fine, then everything turned to shit”, uttered a voice too young to sound so spiteful.

Waiting at home is a grandmother neither gentle nor loving. Screaming and chastising, she begins to interrogate and physically punish the girls, oldest to youngest. While they hopelessly bang on the door in an attempt to save each other, their grandmother shouts in anger at them for playing with boys: “Do you know what people are saying about you? Swimming naked for all to see, I did not raise a bunch of whores”. And so the conservatism of older generations in Turkey becomes apparent; all five sisters, no older than sixteen, are dragged to the hospital in a bid to check their virginity. “If there is the slightest doubt, you would never be able to get married” whispers their grandmother, anxiously glancing at the judgemental nurse. 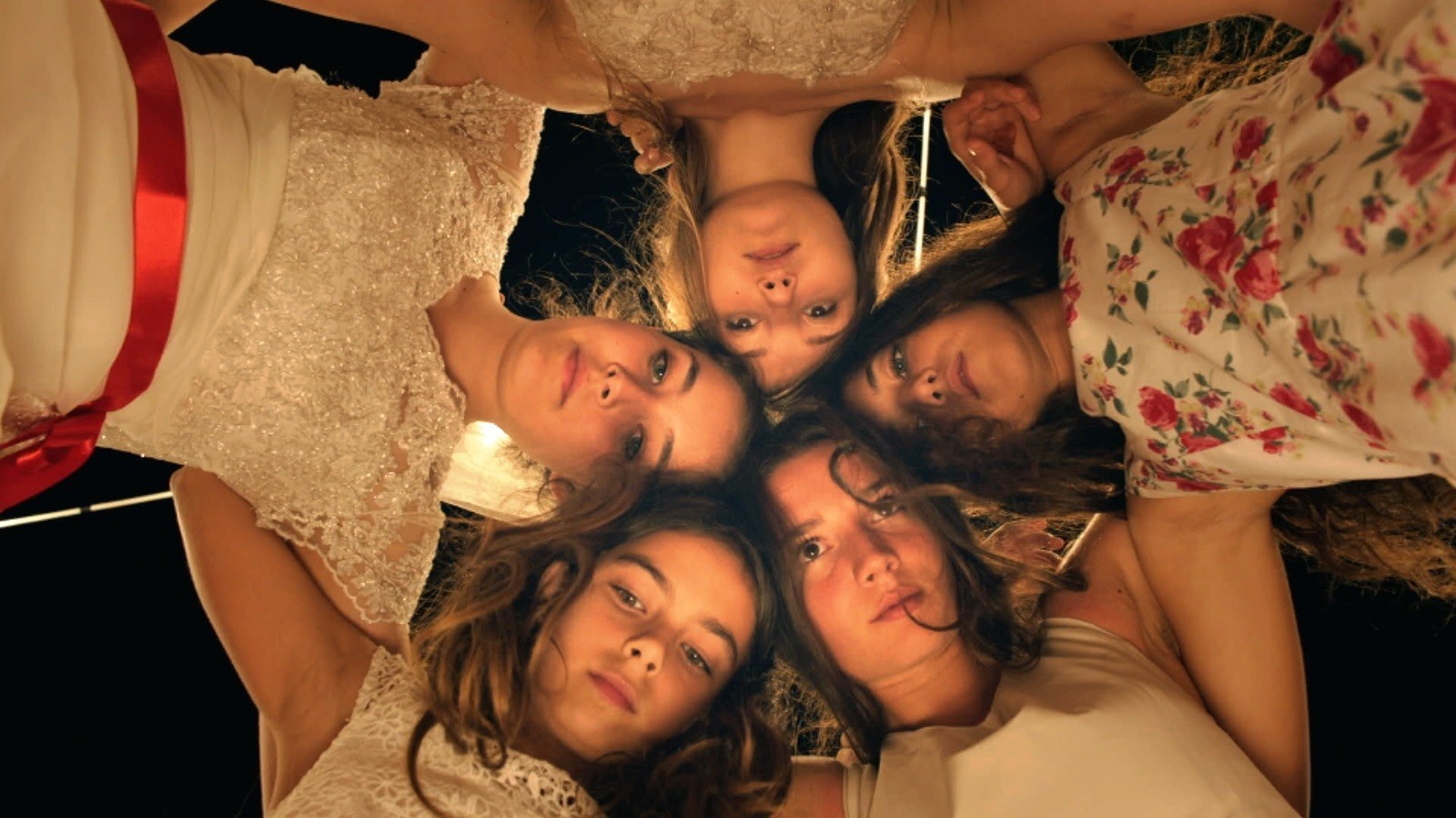 As Uncle Erol begins putting up bars on their windows, their house transforms into a ‘wife factory’. Not only taught domestic lessons every minute of the day, they have to wear ‘ugly, shapeless dresses’. Underneath this façade, however, their submission to conventional roles is short-lived. Climbing down drainpipes to meet secret boyfriends and sneaking off to football games, rebellion becomes a game to Sonay and her sisters. Laughter eventually returns to a gloomy household, defiant in the face of their grandmother’s suppression.

Then news comes as a punch in the stomach: each sister is lined up to marry an unknown man at least ten years her senior. Sonay and Selma are first, but even Nur and Lale, barely thirteen, are warned of their fate. Loud, abrupt honking of the groom’s cars on their wedding day demonstrates the incredible crudeness of the affairs. “Women must be chaste and pure, know their limits and must not laugh in public” chimes a government announcement on television. The disgusting hypocrisy of the men who claim to have an unsaying moral compass becomes apparent when it is revealed that Uncle Erol has been raping the sisters. Angry and utterly fed up, Lale urges Nur to escape their prison, being the last two in the house: “We’ll go to Istanbul, like everyone else”.

Yet even as they arrive in Istanbul after a tense escape from a fuming Erol, the audience are left with a heavy heart. The gradual transition from bright, sunny images to darkness and shadows aptly reflects their being forced to leave behind beautiful childhoods and mature far beyond their age. According to Turkish writer and political activist Elif Shafak, imprisonment of young girls and their subsequent arranged marriage is a widespread phenomenon in Turkey. Private, confined spaces belong to women, whereas the entire city and its streets belong to men. The recent refugee crisis further distracts attention from the pressing need of women to be treated as equals. In a multi-layered country where modernised neighbourhoods and impoverished ones co-exist, Turkey is increasingly polarised and reverting to fundamentalist ideas. Women, of all people, suffer as a result.

Although the audience are granted a sigh of relief after Nur and Lale’s successful escape, Elif Shafak brings to light the unrealistic nature of the situation. When women running away from domestic abuse is seen as illegal, many will face endings markedly different than that of our protagonists. “Democracy is not just about ballot boxes”, declares Shafak, “the law has to change to protect our women and other minorities. When politics is so strong that it divides society, we must look at the people, and not the government, for real change”.

‘Mustang’ was shown at the Human Rights Watch Film Festival from 9-18th March. More information about the festival can be found here.